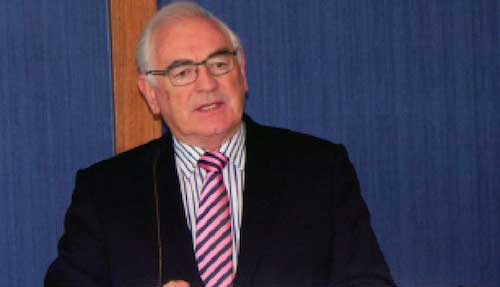 A new Munster regional branch of I.E.B.A. was launched in Cork by The Lord Mayor, Cllr Mary Shiels on 10th October, 2014 at the Cork International Airport Hotel. The Lord Mayor was greeted on  arrival by Cel O’Reilly and Jack Hegarty. The I.E.B.A. decided to set up a regional branch to help raise awareness in the Munster area.

The Irish Electrical Benevolent Association was founded in 2001 to provide assistance to families who have experienced diffi culties in the electrical industry. So far, they have distributed nearly €500,000 to many members of the electrical industry, and  their families who have experienced difficulties with bereavement, terminal illness, redundancy, accident or require special treatment or equipment.

The IEBA represents all sectors of the industry – Electricians/Contractors, Manufacturers/Distributors, Wholesalers and Retail.

Apply for Assistance during Covid

October 23, 2020
Apply for Assistance Due to the Coronavirus (Covid-19) outbreak we are sorry to advise you that the Committee have decided to cancel all fundraising events…
Read More

August 31, 2019
The 2018 IEBA Annual Ball took place at the Intercontinental Hotel Dublin.  This is a key fundraising event in the IEBA calendar and we are…
Read More

April 26, 2019
On the 26th April we have a super day’s golf planned with plenty of prizes in the fabulous Druids Glenn Golf Club.  Teams of 4…
Read More

We use cookies on our website to give you the most relevant experience by remembering your preferences and repeat visits. By clicking “Accept All”, you consent to the use of ALL the cookies. However, you may visit "Cookie Settings" to provide a controlled consent.
Cookie SettingsAccept All
Manage consent

This website uses cookies to improve your experience while you navigate through the website. Out of these, the cookies that are categorized as necessary are stored on your browser as they are essential for the working of basic functionalities of the website. We also use third-party cookies that help us analyze and understand how you use this website. These cookies will be stored in your browser only with your consent. You also have the option to opt-out of these cookies. But opting out of some of these cookies may affect your browsing experience.
Necessary Always Enabled
Necessary cookies are absolutely essential for the website to function properly. These cookies ensure basic functionalities and security features of the website, anonymously.
Functional
Functional cookies help to perform certain functionalities like sharing the content of the website on social media platforms, collect feedbacks, and other third-party features.
Performance
Performance cookies are used to understand and analyze the key performance indexes of the website which helps in delivering a better user experience for the visitors.
Analytics
Analytical cookies are used to understand how visitors interact with the website. These cookies help provide information on metrics the number of visitors, bounce rate, traffic source, etc.
Advertisement
Advertisement cookies are used to provide visitors with relevant ads and marketing campaigns. These cookies track visitors across websites and collect information to provide customized ads.
Others
Other uncategorized cookies are those that are being analyzed and have not been classified into a category as yet.
SAVE & ACCEPT